2.       Renew your Permission to Verify Income. You can’t get a subsidy from Covered California if the State cannot verify your income. Permission has to be renewed periodically. Check with your agent to be sure your permission is up to date or go directly to Covered California and do it yourself.

3.       Do you want to keep your doctor? Know your provider options. Different insurance plans contract with different doctors. Plans outside of Covered California may have the same provider networks as those on the Exchange. However, some of the older plans and group plans may have different networks. Be sure to check with your doctor’s office to confirm that they take Covered California insurance plans.

4.       Check with your agent about individual plans that are not subsidized as part of Covered California if your subsidy is going to be small or if your income is above the subsidy range. But be careful. Some of the plans outside Covered California can have less expensive premiums up front but be more expensive faster when care is needed than the standard plans on the Exchange.

For questions or help anywhere in California call Kathy Pozos at 831-713-6438 or email KathyPozos2000@gmail.com 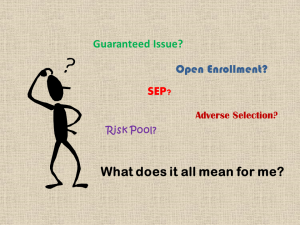