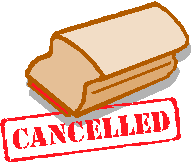 Health care insurers phase out policies regularly. A long-standing practice, health insurance companies continuously evaluate the profitability of their products and stop selling them to new customers when they become unprofitable.

New policies often have lower premiums and are very attractive when first placed on the market. Individuals, families, and small businesses flock to the new policy because they like its benefits, and they specifically like its price. As the cost of care rises and people use the new services/benefits they have purchased, premiums are increased to fund the claims that will inevitably be filed.

Entire departments of health insurance companies are devoted to the analysis of risk and tasked with predicting which types of benefits will carry the greatest risk of requiring a pay-out of funds for a claim. If costs rise higher than expected due to increased usage or a spike in the cost of care in general, adjustments must be made.

Eventually, the decision is made to phase out a benefit or the entire policy because it has become too expensive to include. Benefits that have been phased out include maternity care and brand name prescriptions. Often the entire policy is phased out.

Phasing out a policy is quite easy to do. The insurer simply decides that as of a certain date, no new sales of that policy will be allowed. Agents are notified in advance of the final sale date and of new policies that are being added to the portfolio to take its place. Marketing of the new policies begins.

What Happens to Existing Policies?

Existing policies generally remain in force, though they can be cancelled. However, as the risk pool (the group of people covered by the policy) becomes smaller, the premiums rise ever higher. A smaller group of people are contributing to the total sum of money available to pay the claims of an aging population. Eventually, most of these people will decide that the insurance is simply too expensive to keep. They will purchase newer, less expensive coverage. Finally, there will be no more people insured with the original policy.

Could We Do This for Non-ACA-Compliant Policies?

Yes. Many consumers, especially in states that have not moved to implement some of the more expensive benefits of the Affordable Care Act (aka, the ACA or Obamacare) in advance, are finding their premiums jumping by large amounts. They are reasonably unhappy about having to pay so much more. It is theoretically possible to allow non-compliant policies to be phased out the way policies have traditionally been phased out. Simply stop selling new ones with effective dates after December 31, 2013. Within a few years, most of these old policies will be gone, because their cost will continue to rise and their slimmer benefits and higher out-of-pocket costs will make them unattractive in comparison with the compliant policies.

Is There a Downside to Keeping Them?

The downside to keeping these non-compliant policies in force is that the risk pool for the compliant policies will be smaller and is likely to include more people with prior health care conditions. Costs will be higher for the nation as a whole because more of the policies purchased will required subsidies for their funding. Prices of compliant policies will have to increase at a faster rate than would normally occur because the amount of money in reserve funds must be kept high enough to cover claims. Remember, most of the currently uninsured population does not have insurance because the premiums are unaffordable or because a pre-existing condition has led insurers to exclude them from the risk pool (by refusing to sell them a policy at any price).

What Can We Do?

We have a variety of options:

2. Allow current policies to continue, but stop new sales of them for effective dates after December 31, 2013.

3. Require insurers to modify current policies to make them compliant with the ACA without any increase in premium.

4. Require insurers to modify current policies to make them compliant with the ACA but allow premium increases to cover the cost of the new benefits.

5. Develop a broader range for subsidy eligibility, especially for older consumers who may still find their new ACA compliant policies unaffordable (with premiums over 8% of their income).

6. Stay the course and require everyone in the individual market (about 5% of Americans) who does not have a grandfathered plan to purchase a compliant policy or face a tax penalty.

The decision to be made about how to handle the fall-out and sticker shock accompanying the roll-out of the ACA will not be an easy one.The way we choose to transition to a culture of inclusion in health care and insurance will have an effect on the ultimate success of the process.

Stakeholders in this process include insurers, policyholders, providers, and American taxpayers. As long as private insurance companies are the primary source of insurance coverage for individuals and families, the cost of insurance will not go down significantly. The cost of administration, staffing, sales force compensation, and investor profits must be met (though these cannot cost more than 20% of premiums collected). The cost of billing staff for providers (approximately 40% of practice overhead) will not be reduced. Insurers have to charge premiums that cover their anticipated costs both internally and due to the cost of health care.

At Pozos Insurance Services we’re hoping wise decisions are made in the next few weeks so the benefits of the Affordable Care Act’s reforms will be attained in a way that will be fair and cost effective for all involved.